The best powder on Honshu?

Shot full of confidence by the smooth quick response my board generated in the powder I left my speed unchecked and aimed for a broad area of untouched snow. My back leg strain faded from thought as the board picked up speed. I had yet to cover 100 yards on this the first run of the day but I was already in the groove and knew that today was going to be good. Looking for powder? I found it.

I first heard about Charmant Hiuchi Snow Resort from a friend of mine who'd been studying the Japanese ski industry. He hadn’t been there himself but according to him its business plan was, “Specifically for powder riding.” Its website confirmed that only 35% of the ski area was groomed making one of the runs (or gerende in Japanese) the longest of its kind in Japan. Charmant Hiuchi is however, quite remote, 16km away from Nou Station on the Hokuriku Line outside of Itoigawa City. It also only has three lifts and 508m (1,667ft) of vertical rise. I learned to snowboard in Colorado at a ski area with 20 lifts spread across three mountains with over 3,000ft (~1,000m) of vertical rise; in Japan I had been to many much larger and far more accessible mountains. I didn’t think Charmant Hiuchi could justify the trek it would take to get there.

A weather forecast calling for snow overnight and through the morning coupled with first hand intelligence from my friend and snowboard buddy who’d scoped out Charmant Hiuchi the previous year and the location for our weekend outing was decided. A quick search of the internet for discount coupons yielded a piece of gold — ¥1,000 off the regular ¥3,900 price, the best deal for a day pass I’ve yet found. The forecasted snow was indeed falling. The 169km drive from Niigata City took longer as a result of the weather but the route was extremely straightforward. Charmant Hiuchi’s location, on a northeast aspect facing the Sea of Japan and just across a valley from Mt. Hiuchi (the highest peak in Niigata), was perfect for catching all that snow. The sight of tracks etched sharply into snow got my blood pumping. The remoteness of the area kept the number of visitors down so even though we had arrived an hour after the lifts opened there were still huge swaths of untouched fresh snow to be had. The number of runs piled up very quickly on account of the high speed quad lift and the mountain’s short-by-my-standards size. After just four runs I was feeling as satisfied as I do after half a day. My buddy and I lost count of our runs shortly thereafter and were feeling like we’d been at it all day. It came as a surprise that it wasn’t even 11:30!

Charmant Hiuchi’s base house has two restaurants, one on the first floor and one on the second. We ate at the first floor restaurant. ¥1,000 bought a reasonably sized tonkatsu and beef curry and rice bowl and another ¥300 an all-you-can-drink ticket. The tonkatsu and the curry were of noticeably higher quality than the average katsu curry and rice of many other resorts I’ve been to and gave me the refuel I needed for the rest of the day.The weather cleared over lunch leaving a clear bluebird day in its wake, and we went back out we saw that something amazing had happened. The number of people sharing the mountain with us before lunch hadn’t been great, but sometime around noon, most of them left. We had an entire ski area still covered with powder almost to ourselves! We rode in powder every run from first to last. Never in all my 6 years of riding on the snow and slopes of some of Japan’s largest and most famous ski areas did any day equal the great days of snowboarding I knew when I lived in Colorado. On a powder day I don’t want to ride anywhere other than Charmant Hiuchi. 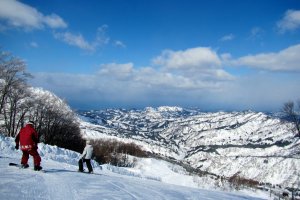 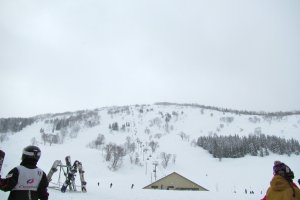 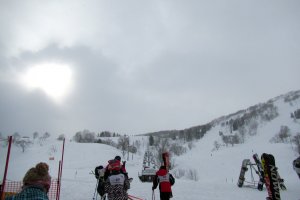 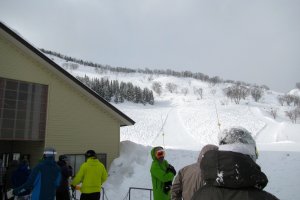 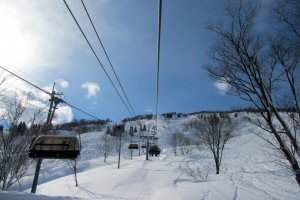 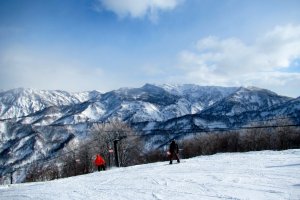