Just as conspicuous as the familiar red yakitori lanterns that dot Japan's suburban landscape, Kushikatsu Tanaka's (串カツ田中) own red and yellow Hoppi and Kaku highball lanterns are a growing fixture across Japan, bringing Osaka's soul food and a touch of its vibe along with them.

From Osaka, with Love

The premise behind Kushi Katsu Tanaka is essentially fried cutlet skewers, a popular, traditional home cooking style from Osaka. Tanaka has taken this concept and brought Osaka's soul food, complete with its own original dipping sauce, to the rest of Japan. The sauce was an original creation of Mr Yukichi Tanaka which has been passed down many generations and is now used at all Tanaka chains. When it comes to the skewers themselves – allow your imagination to run wild! Traditional choices would certainly include the variety of vegetarian and meat options, such as potato, onion, pork, beef, mushroom, asparagus, shrimp and so on. Look down the menu more and you'll start to see the more traditional Japanese options hit you (squid, mochi, fish sausage, tuna tail, shishamo/whiting) and then the quirky dessert skewers too (banana, cookies & cream etc).

We'd recommend trying the pork, beef, onion and asparagus, though if you have a hard time deciding the assorted selections are an easy compromise. Choose 5 skewers (640 yen) or 8 skewers (1080 yen) which include asparagus, pork, beef, lotus root and onion (plus shrimp, quail eggs and ginger in tdhe 8 skewer assortment).

As soon as you are seated, you'll be provided dipping sauce and a side serving of cabbage. Both are in unlimited supply but do come under a ¥240 cover charge per adult. But the menu itself is great value and split into 4 price levels, with skewers coming in at 100, 120, 150 and 200 yen depending on the type.

There are a few sauce rules to be aware of though they are lighthearted and perhaps another nod to Tanaka's Osaka connection. To better appreciate their original dipping sauce, Kushi Katsu Tanaka encourages you to abide by the following tips for maximum enjoyment: No double dipping (only dip each skewer into the sauce once) and no utensils in the sauce (dip the cabbage instead, and use that to scoop up more if you need it).

There's a great vibe at any of their chains – mixing the relaxed atmosphere of a traditional izakaya with the distinct warm decor, wooden surfaces and Osaka friendliness.  The Osaka influences extend beyond just the skewer selection, with more soul food classics available which are worth trying: nikusui (beef in a soup), tulip fried chicken wings, stir-fried offal and abura kasu udon soup with kelp/spring onion topping.

With its first branch opening up in Setagaya back in 2008, Tanaka has since grown to 87 chains across Japan (as of end of August) at a pace that shows no signs of slowing down. Three new outlets opened in July 2015 alone (Oji, Gofukumachidori and Aobadai) with more to come. Its successful franchise model has certainly helped its rapid expansion, aided by Tokyo's love of late-night izakaya where a vast proportion of the venues are located.

There's a variety of other reasons to like KKT, especially for visitors to Japan. The menus are available in English, Chinese and Korean and will quickly be offered to those who may need them.

Wi-Fi is also available in the Azabudai and Akasaka chains, giving you no excuse not to share the delicious food in front of you with your social network of choice.

Most KKT chains in Tokyo are pet-friendly, meaning you can even bring your pet dog along with you too.

The branch in Azabudai, just east of Roppongi, can lay claim to stunning views of Tokyo Tower just around the corner which are not to be missed. You can determine your closest Kushikatsu Tanaka by checking their nationwide chains shown here (Google Map).

See eligible chains here. You can show this coupon directly from your device, or select one of the following options:

See more of our coupon offers on JapanTravel.com 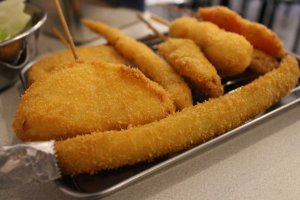 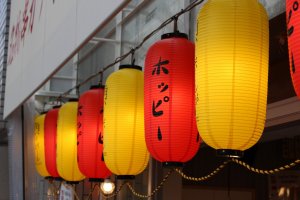 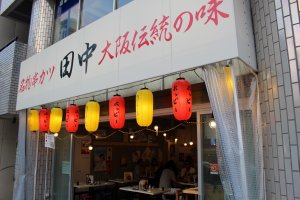 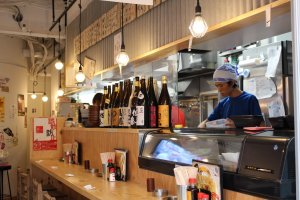 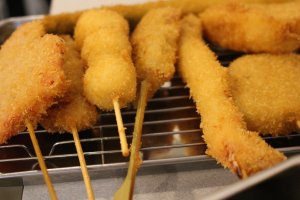 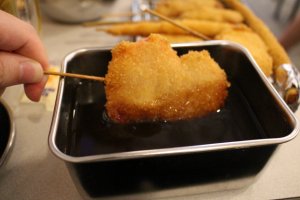